Five Things To Watch In AI And Machine Learning In 2017

Without a doubt, 2016 was an amazing year for Machine Learning (ML) and Artificial Intelligence (AI). During last year, we saw nearly every high tech CEO claim the mantel of becoming an “AI Company”. However, only a few companies were actually able to monetize their significant investments in AI, notably Amazon AMZN -0.22%, Baidu , Facebook FB +0.54%, Google GOOGL -0.53%, IBM IBM -0.57%, Microsoft MSFT +0.12%, Tesla Motors TSLA +3.32% and NVIDIA NVDA +0.35%. But 2016 was nonetheless a year of many firsts. As a posterchild for the potential for ML, Google Deep Mind mastered the subtle and infinitely complex game of GO, soundly beating the reigning world champion. And more than a few cool products were introduced that incorporated Machine Learning, from the first autonomous vehicles to new “intelligent” household assistants such as Google Home and Amazon Echo. But will 2017 finally usher in the long-promised age of Artificial Intelligence? 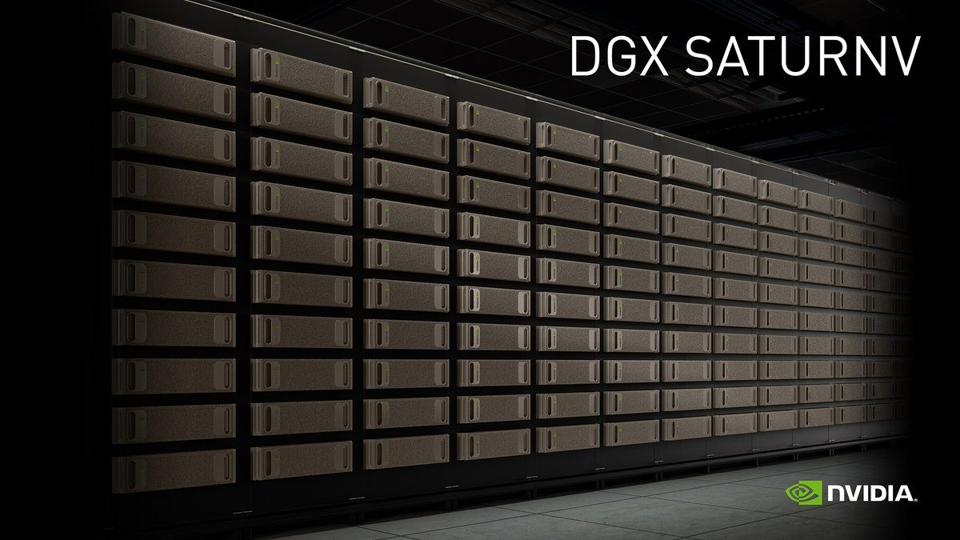 NVIDIA’s Saturn V supercomputer for Machine Learning is the 28th fastest computer in the world, and is the #1 in the Green 500 list of the most power efficient. (Source: NVIDIA)

Two domains: AI and Machine Learning. These terms are not interchangeable. Machine learning, a completely different way to program a computer by training it with a massive ocean of sample data, is real and is here to stay. General Artificial Intelligence remains a distant goal and is perhaps 5-20 years away depending on the specific domain of the “intelligence” being learned. To be sure, computers trained using Machine Learning hold tremendous promise, as well as the potential for massive disruption in the workplace. But these systems remain a far cry from genuine intelligence. Just ask Apple AAPL -0.19% Siri, and you will see what I mean. The hype around AI, and confusion over what the term actually means, will inevitably lead to some disillusionment as the limitations of this technology become apparent.

With that context in mind, here’s what I expect for the coming year for Machine Learning and AI.

Today, nearly all training of deep neural networks (DNNs) is performed using NVIDIA GPUs. Conversely, DNN inference, or the actual use of a trained network can be done efficiently on CPUs, GPUs, FPGAs, or even specialized ASICs such as the Google TPU, depending on the type of data being analyzed. Both training and inference markets will be hotly contested in 2017, as Advanced Micro Devices GPUs, Intel’s newly acquired Nervana chips, NVIDIA, Xilinx and several startups all launch accelerators specifically targeting this lucrative market.

If you are trying to find the killer AI app, the increasingly pervasive nature of the technology will make it difficult to identify. However, Machine Learning has begun to deliver spectacular results in very specific niches where the pattern recognition capabilities can be exploited, and this trend will continue to expand into new markets in 2017.

Aside from the obvious example of autonomous vehicles, a few examples that highlight the market diversity include genetic engineering, targeted customer marketing in search and social media, detecting trading patterns in financial markets, vision-guided robotics in applications as diverse as military weaponry, surgery, precision agriculture and manufacturing and, finally, various speech and natural language applications. Other market niches exploit DNN’s capability to detect patterns in massive amounts of textual data, such as in clinical medical diagnoses and paralegal casework. AI will not replace our doctors but can be a powerful tool to assist them in diagnosing disease.

One area that may surprise us all in 2017 could be the introduction of new toys and gadgets. In fact, next Christmas could mark the year of the smart toy for children and adults. I imagine toys that can converse with your kids and learn to adapt to their speech patterns and interest areas.

3. Voice will enter the mainstream of man-machine interaction.

OK, if there is one killer consumer app in 2017, it has to be pervasive use of voice interfaces to applications and devices. Amazon Echo and Google Home broke new ground last year by providing extensible platforms, not just a device that translates voice to search commands. Now, there are already thousands of “skills” these gadgets can learn which will continually expand the devices’ utility in everyday life, from managing grocery lists to playing games to keep us entertained. I believe this is just the beginning and that such devices and software will rapidly augment, but not replace, the touchscreen and keyboard to find information, conduct simple tasks and control customizable appliances.

4. Enterprise IT will continue to lag in the adoption of ML, with few notable exceptions.

While the big social media and internet commerce companies now think of Machine Learning as an essential foundational tool, most enterprises still have no clue where to begin in their quest to get on board and use AI. Some high tech companies I advise have yet to develop a strategy to use this powerful technology to lower cost, make superior products or provide better customer service. I counsel them to start by hiring or naming an “AI Czar”, someone who is accountable for identifying and realizing the low-hanging fruit where AI can quickly provide a high ROI in areas such as marketing, logistics, service bots and product design. The notable exceptions are in the financial service and healthcare industries, where perhaps the use cases are easier to imagine and benefits easier to realize.

5. I Robot will take your job, but not just yet.

Vision-guided autonomous systems will begin to have an impact on many industries in 2017, from military weaponry to manufacturing automation to industrial drones. And the same holds true for expert systems in healthcare, the legal profession and elsewhere. However, these new “co-bots” will augment, not replace, people who are working in these labor-intensive industries, at least for now. In the longer term, perhaps in 5-10 years, I expect massive dislocation to begin to affect the workplace as these systems become more pervasive and more effective. Just imagine the impact of eliminating the jobs of long haul truckers, taxi drivers and even the insurance adjusters made obsolete when accident rates plummet as autonomous vehicles hit the roads en masse.

While the large internet companies, and a few vertical applications, have been able to harness Machine Learning to perform specific tasks such as language translation, image classification, text-based analytics and speech recognition, there has been scant evidence of meaningful Deep Learning penetration in enterprise IT or the economy in general, and that will not significantly change in 2017. However, I remain confident that the age of AI will soon dawn for many industries. I just hope we are prepared for the unintended consequences that will ensue as this technology becomes part of practically every aspect of our global economy over the next decade.